Dongfeng Cummins B series diesel engine is a product of Cummins Inc, introduced by Dongfeng Motor Corporation through technology transfer in 1987. Cummins Inc. (CUMMINS) is one of the largest diesel engine manufacturers in the United States. Founded in 1919, the company has developed a variety of world-famous, technologically leading diesel engines, and its product quality and performance enjoy a high reputation in the world. 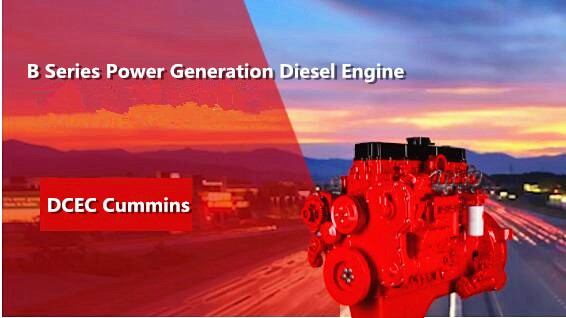 In 1991, the factory producing B series diesel engine was completed and put into production.

In 2000, the new factory building of Dongfeng Cummins Company was completed.

In 2001, the cumulative production of domestic B-series engines reached 300,000 units.

1. Features: B series engine can be equipped with VE pump and inline pump according to user requirements.

• Determine the timing of the oil supply with cam lift or timing pin on the gear housing.

If it is a diaphragm type oil pump, the oil pressure is 13 kPa, so the resistance of the oil path cannot be greater than 13 kPa, otherwise the pump will not produce oil. The oil pressure of the plunger pump is: 138KPa.

Filter: It is a two-stage series with a filtration efficiency greater than 90%. The filtration accuracy is 25 microns.

The filter should be replaced regularly (100 million kilometers), otherwise the engine power will drop and the oil supply will be insufficient.

Drain the water in the oil-water separator every day.

The oil pump needs to be marked with timing when assembling. Different oil pumps may be different. The general steps are:

1. Confirm the engine one-cylinder compression top dead center TDC, there are many ways to determine.

Note: Some oil pumps are aligned with the mark on the oil pump gear and the camshaft gear, such as the VE pump. The inline pump is also marked by the timing.

Basic technical parameters and use requirements

The oil pan oil level should not be lower than the lower mark of the oil gauge or higher than the upper limit mark.

The oil pressure must be displayed within 15 seconds after starting.

In the previous：​2. Do You Know CCEC Cummins N Series Diesel Engine?